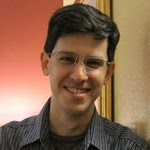 Benjamin Miller is an Assistant Professor of English at the University of Pittsburgh, focusing on Composition/Rhetoric and digital research and pedagogy. His current research uses digital humanities tools of distant reading and data visualization to investigate the ways in which the field of Composition/Rhetoric/Writing Studies constructs itself and its boundaries. His current book project examines 3,700 doctoral dissertations to identify communities of shared research methods (based on qualitative coding of abstracts) and subject matter (based on topic models of full text). His academic writing has appeared in College Composition and Communication and Kairos: A Journal of Rhetoric, Technology, and Pedagogy.

In addition to Pitt, Ben has taught writing at Hunter College, CUNY, and at Columbia University, where he earned an MFA in poetry. His first book of poems, Without Compass, was published by Four Way Books in 2014.

For more on who Benjamin Miller is and is not, see this page.

“Majoring in meta” is how Ben’s wife has described his life and career. majoringinmeta.net is a place for Ben to post his occasional essays and musings. When he’s not posting here, you can look for him across social media (including GitHub) at @benmiller314.

This entry is licensed under a Creative Commons Attribution-NonCommercial-ShareAlike 4.0 International license.

Need help with the Commons? Visit our
help page Send us a message
Skip to toolbar

Built with WordPress Protected by Akismet Powered by CUNY